How to Read a Feature Control Frame 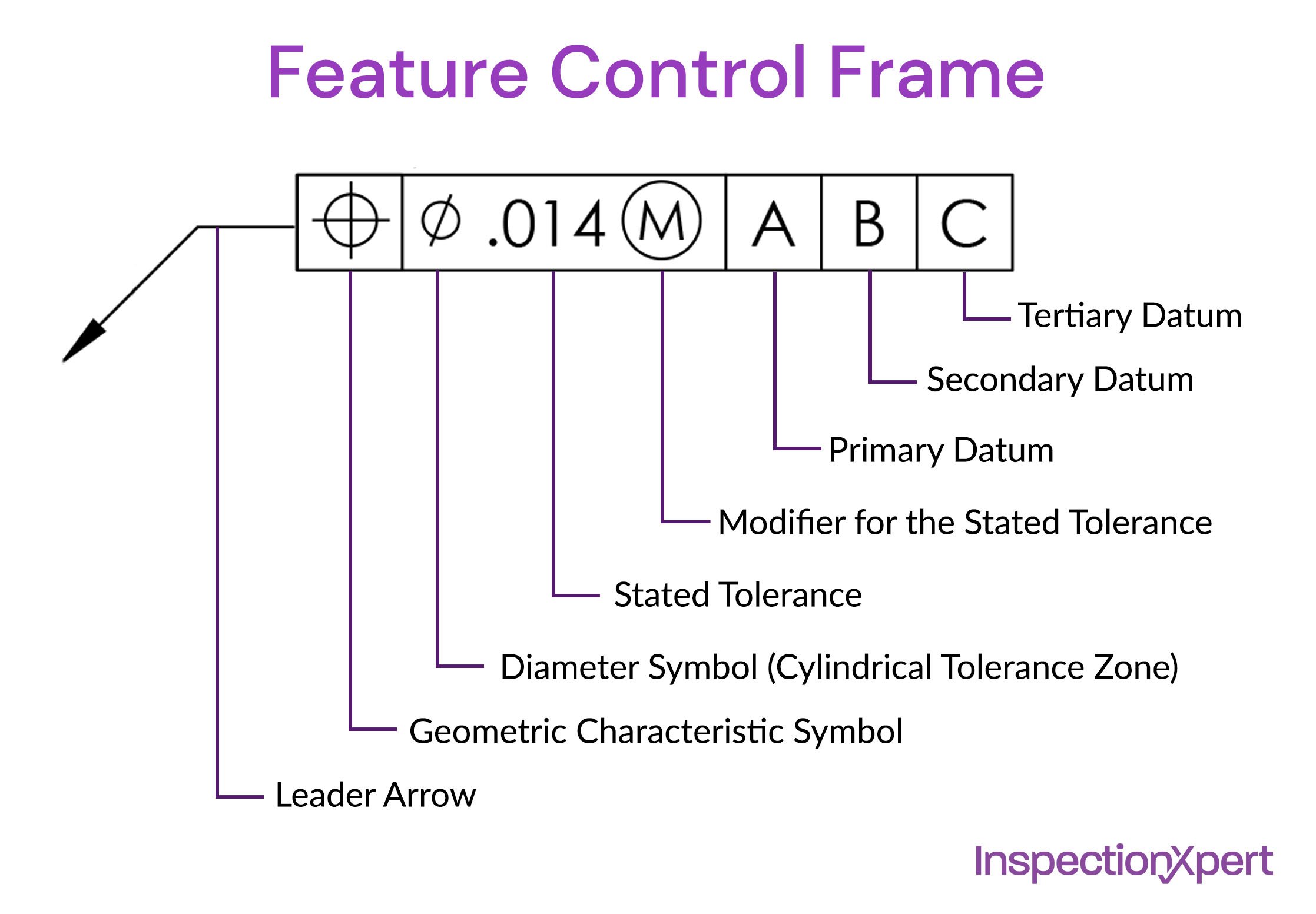 Combined, the feature control frame provides all the information you need to measure the geometric tolerance of the features of the part and determine if the part is in spec.

Parts of the Feature Control Frame

Geometric Characteristic Symbol
This is where geometric control is specified. Download our free GD&T Symbol Reference Guide and Font for more information.

Diameter Control / Cylindrical Tolerance Zone (if required)
If the geometric control is a diametrical tolerance then the diameter symbol will be in front of the tolerance. There are a variety of tolerance zones, see them all here.

Tolerance
The numerical value defines the tolerance zone. The unit of measure is the same for the whole drawing and will be defined in the title block.

Modifier for the Tolerance
This is max material condition or a projected tolerance in the feature control frame. See the Modifiers section of the GD&T Symbols Guide for more information on these features.

Primary Datum (if required)
If a datum is required, this is the main datum used for GD&T. The letter corresponds to a feature somewhere on the part which will be marked with the same letter. This is the datum that must be constrained first when measuring the part. The order of the datum is important for measurement of the part. The primary datum is usually in 3 places to fix 3 degrees of freedom.

Tertiary Datum (if required)
When a tertiary datum is required it is to the right of the secondary datum in the feature control frame. During measurement, this datum is fixated last.

How to read a feature control frame

Below we look at an example of a part drawing, the GD&T calls out the 4 holes in each corner of the part, each with a diameter of 4.763. The position of the feature axis must be within a .014 tolerance zone at MMC relative to datum features A, B, and C. 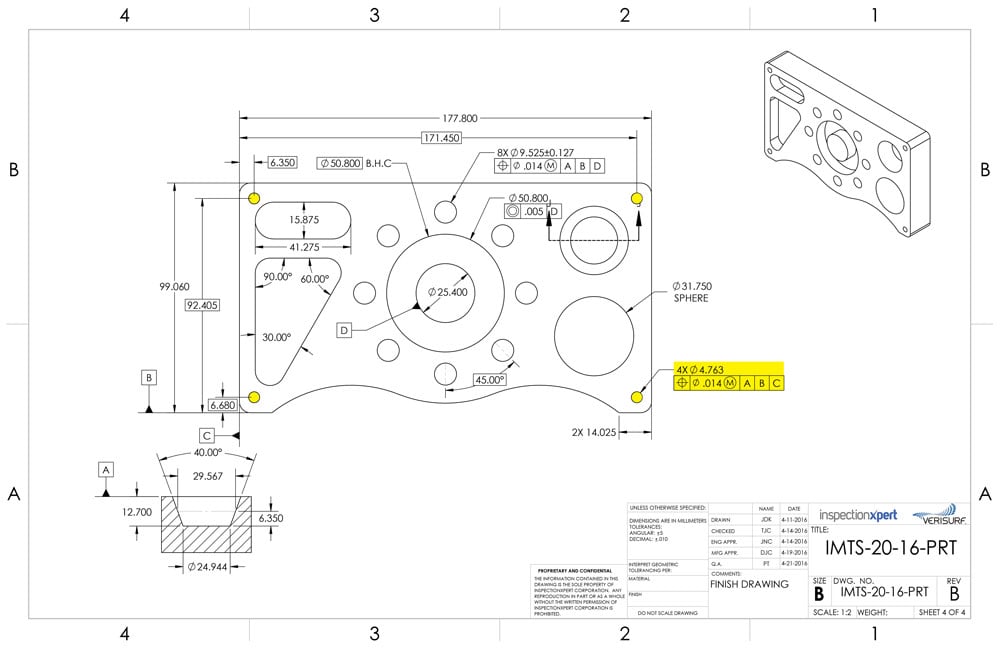 PPAP Documentation Requirements
What are the PPAP submission levels?
How to Read a Feature Control Frame
We send useful information.