The Importance of Quality Planning: Why You Shouldn't Cut Corners

Richard Schneider has dedicated over 36 years to the pursuit of Quality Assurance. His experiences include multiple long-term roles as a Multi-Plant Quality Director, a Supplier Development Leader for a large OEM in Asia, and extensive supplier development travels in mainland China. He mentors quality professionals and is a student of the Chinese Mandarin language.

If you’re a passionate quality field professional, then you’ll relate to the feeling of exhilaration I would experience when sales would introduce a new large scale, high value, technical project. Adrenaline would pump into my bloodstream as I would rapidly scan the drawings and related specifications being presented.

A flurry of questions would flood my mind as I tried to anticipate all of the problems we might encounter. I would mentally devise a plan that would prevent defects from occurring and catch non-conformances when defects are produced. What equipment do we need? What training will be necessary? Will the potential sales revenue for this project pay for that new large envelope CMM (or vision system, laser scanner, etc.) that we need? And on and on these questions would fill my thinking.

But this euphoric, deeply engaged high has a dark underside. It stems from the anxiety and fear that any reason for rejection of the end-product will ultimately have been viewed as my responsibility. As the chief quality planning contributor, I take every missing fail-safe and every escaping defect like a personal failure. After the meeting would adjourn, I would return to my daily work, trying not to be too distracted but resolving to keep thoughts of this new project close enough in mind to assure I don’t forget about it. l drive home thinking about it, I talk to my wife about it, and I try very hard to let it go as the evening progresses, but it will be the first thing on my mind when I awake.

These projects have such a powerful pull because I understand from experience how critical quality planning is to their overall success, and how big of an impact it can have when the quality planning effort fails.

What happens when quality planning fails?

I once had a boss who instructed me to falsify SPC data when I was working in defense contracting. My boss would occasionally review a First Article for some hot project, stalled due to a dimensional nonconformance. It would be something that appeared insignificant, like a small radius on the external corner of a surface. It might be a .250” radius that was only .010” out of tolerance. He’d come marching in my office with a very serious expression on his face and would all but demand that I change the report, rounding it up or down, despite the fact that it was really out of drawing tolerance.

My boss would justify this by saying things like, “Come on Rick, it’s an external radius! It’s just hanging out in space. It can’t possibly matter. Just change it so we can ship these parts.” I would debate with him that he may be right, but then again, we really had no idea whether it mattered or not. We did not have design authority, and if I did change the report, the ethics of the whole department would be jeopardized. It would become a runaway train because my subordinates would know what I did, and they would either follow my lead (to who knows what end) or they would take great exception, possibly reporting it to the government.

Early in my career when an older established manager made such a request, I was intimidated. I felt tremendous pressure to comply. At first it was presented like I was privileged to come sit behind closed doors and have this little discussion about how stupid the customer requirement was, and how customers have no idea what really matters in manufacturing. The managers explained that we (myself included) were the experts and we knew what the customer really needed. But because I had been raised to speak the truth by parents that would exercise corporal punishment for lies, but lesser punishment for errors in judgment, there was no moment in time where I was persuaded to lie.

But these frequent requests for an undocumented deviation for so-called harmless nonconformances came crashing to a halt one day. I received an email from an aerospace company notifying me of a paint masking defect. The parts were thick copper bus-bars about the shape and size of a hand, with five fingers each that had to be painted with a thick heavy rubberized paint, serving as an insulator. This was applied on both sides, and all around, except for an area about the size and location of your fingernails, which had to be free of paint (masked). The customer complaint stated that the masked surface was on the wrong side of three of the five fingers. Masking errors like this are common, so at first glance it was just another “Oh sh@t” moment.

However, in this case the seriousness was made very clear in the second paragraph of the email where it stated: “Had this defect condition not been detected, it would have resulted in the catastrophic loss of aircraft.” The translation of catastrophic loss of aircraft was spelled out to me in the conference call that followed, where I was informed that a lot of people would have died, probably a lot of people at one time, because the plane these were installed in would have crashed. If only two of the five bus-bar fingers were masked correctly, they would have vaporized under the electrical load induced under high strain conditions like take-off and landing.

The lesson here is that you NEVER know what the result of a nonconformance is if you don’t have design authority and the engineering knowledge to support good decisions. So when the quality planning effort does fail, and sometimes in a very big way, it can far exceed your darkest fears. When I was in the quality control of computer chassis manufacturing and some big nonconformance had surfaced, we used to find solace in the fact that at least our defects were not life threatening. But the truth is, you never know when a nonconformance could be disastrous. Keep that in mind when quality planning, and you’ll be safer in the long run. 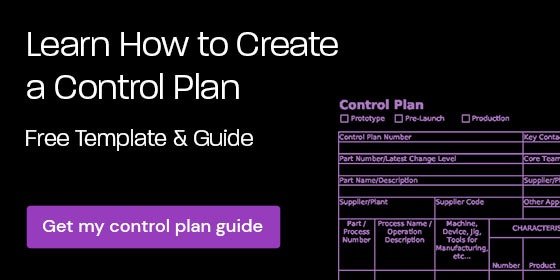 So when the quality planning effort does fail, it can be a terrible failure indeed, just like the foolish pig in The Three Little Pigs story who built with straw. At first the walls will only shake, but then the roof will shudder, and soon after the house will fall. When the customer complaints start to stack up, this will invite scrutiny. Scrutiny will raise questions, and the answers will reveal the many falsehoods documented within the imaginary quality plan.

Never has this subject of quality planning been more relevant than when the large engine cowling fell off United Airlines 777 recently. As the news develops, we’ve learned that Boeing had concerns about this design for two years and had been making changes to strengthen the engine cowling. The root cause has been identified as a turbine fan blade that was ejected from the engine. And this was not the first time one of these fan blades dislodged and caused damage, in one case a fatality, or that the cowling was dislodged from the engine.

Boeing has decided to redesign the fan cowl instead of trying to modify existing fan cowlings to address the structural strength, but how was this failing design qualified in the first place? Has the DXF (design for manufacturability) activity been scrutinized to determine where the process for preventing such design flaws fell short? Was it a design that was prone to manufacturing defects? Were shortcuts taken in life cycle testing and validation?

To be fair, this is a very complex process, and I suspect the FMEA (Failure Modes & Effects Analysis) process will likely evolve as a result, but it all points to the cost of poor quality. At the end of the day, in a perfect world, quality planning should have identified and prevented it.

The moral of the story: Build a strong foundation

Every good story has a moral. The Three Little Pigs taught us the value of taking the time to do a job right, and to do so with the right materials. The pigs were entrepreneurs who decided on the quality of materials and investment of labor when they built their own houses. But we aren’t entrepreneurs, we are employees who do not always have that freedom. As quality professionals, we’d like to think of ourselves as the pig who would build with brick, but often we view our manager or site leader as the wolf, unwilling to provide the bricks and mortar needed. Ironically, this wolf is also the one who will hold us accountable when the house falls.

But if we feel stuck in a system designed to fail, and if we’re afraid to speak up because of the response we know we will get, then it’s a failure either way. So either you can fail now, or you can fail later, but you’re going to fail. And if you believe that, then you also believe it’s just a matter of time before you are shown the door. If that really is true, then trade the crisis management of today for the quality planning that will shape tomorrow. One day if your manager does shows you the door, then it was for doing the right thing. That makes for a great story and it's also the very best way to explain why you were let go from the last job at your next interview. But first, stop and ask yourself: is it really that desperate, or have I succumbed to letting shortcuts happen and complaining about the situation? Instead, be bold (and respectful) enough to approach your manager and convey what they need to hear.

How can I say this with such confidence? Because I have done it. I have spoken up about quality planning issues many times, and I have never been fired for it. I’ve taken this message to plant managers and VPs and I’ve seen them light up in anger, rant and shout, and sometimes swear like angry sailors. But when the smoke cleared and time passed, I earned more respect when they were faced with the responsibility of taking action, knowing that I warned them. You may not get the exact response you wanted, and you probably won’t get it immediately, but at least you made the problem known. Now, at least it’s possible that the right decision will be made. And when quality improves, you will have the satisfaction of knowing you played a part in the culture change, and you probably laid another brick or two on the path to your career goals.

Read more about common false narratives that lead to quality planning falling short, and how you can avoid them.

About the Author:
Richard Schneider is the CEO of All Things Quality Inc. where he partners with job shops to help them create predictable, reliable and efficient ways to document customer and regulatory requirements, so that manufacturers can become the preferred supplier among their customers.

Richard holds a degree in Business Administration, has multiple ASQ certifications, and is an advanced level Zeiss Calypso CMM Programmer. If you would like to reach him for comment or consultation, he can be reached at rjohnschneider@hotmail.com, or (612) 414-4629.

PPAP Documentation Requirements
What are the PPAP submission levels?
How to Read a Feature Control Frame
We send useful information.